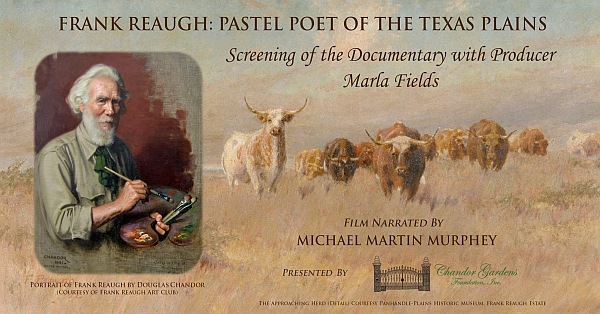 Many consider Frank Reaugh's oils and pastels some of the most poetic depictions of Western landscapes ever produced.

Chandor Gardens Foundation Inc. presented a screening of the feature-length (52 minutes) documentary film Frank Reaugh: Pastel Poet of the Texas Plains, on November 19, 2022 at 7:00 pm in the Great Room at Chandor Gardens, Weatherford, TX. The film’s producer and director Marla Fields was on hand to provide remarks and a Q&A session following the screening. Also on hand during the screening, was Robert Reitz who was part of the making of the documentary as well.

Artist Frank Reaugh (pronounced “Ray”) lived and worked in Dallas through the first half of the 20th Century. Working in the vein of American Impressionism, his pictures of longhorn steers roaming the landscape helped to define Texas. Reaugh was a prolific and influential artist who produced over seven thousand works, primarily small plein air sketches of Texas Longhorns in open prairie settings. Reaugh sketched scenes while riding with cattlemen during the height of Texas’s historic roundups, and he led annual sketch trips to some of Texas’s most spectacular and remote locations. He has been referred to as "The Dean of Texas Painters” and as “The Longhorn Leonardo”.

For those who have a keen interest in Chandor Gardens and the works of Douglas Chandor, there is a Douglas Chandor connection to Frank Reaugh, as Douglas painted Reaugh’s portrait in 1941. The portrait features Reaugh with brush and palette in hand, eyeing the viewer with a piercing yet non-threatening gaze...he is in the midst of painting. Chandor's astounding skill at capturing a fellow artist capturing him draws the viewer right into the middle of this encounter, a duel of sorts. The intensity of Reaugh's stare is one of raw honesty, which enlightens the viewer to the real task of both artists: to look deeply and portray the true being of their subjects. Douglas Chandor signed the bottom left corner of the portrait, inscribing it: "CHANDOR 1941 PICTOR PICTORI." (Roughly translates to "painter painted" or "painter painting.") Frank Reaugh signed the bottom right corner with "Giving the story of the Longhorn F. Reaugh." A print of this portrait hangs in the Great Room at Chandor Gardens.

Frank Reaugh (1860-1945) was born in Illinois and moved with his family to Texas when he was around sixteen years old. As a young man, he studied art by copying images from anatomy and art books; but became specifically interested in longhorns when he rode the cattle drives. By the late-1880s, he was able to study art in Europe, taking interest in the works in the Louvre that were pastels. He returned to Texas and began teaching and exhibiting his own work in various shows, including those at the Chicago and St. Louis World’s Fairs. He opened an art studio and school in Dallas and then Oak Cliff. Some of his students were part of the well-known Dallas Nine (a group of young artists in the 1930s that gained notoriety for turning away from European trends and looking to the land and people of the Southwest for inspiration.). He also took an integral part in the creation of the Dallas Art Society, and their funding of the Dallas Museum of Art.

This film is narrated by native Texan Michael Martin Murphey and produced and directed by Texas filmmaker Marla Fields, Frank Reaugh: Pastel Poet of the Texas Plains is truly a homegrown production. Texas musicians Curtis Peoples, Adam Oliver, Doug Smith, and Michael Martin Murphey all added their talents to this Texas tale. Director of photography John Dempsey, and Editor Chuck Venable round out the list of Texans that also played a part in this story of high art on the open plains. In this feature-length (52 minutes) documentary, it is anticipated that a new audience of Texans and Americans alike will discover the remarkable contributions of Texas and American artist, inventor, naturalist, and educator, Frank Reaugh.

"When a filmmaker gets a standing ovation for an art documentary, you know you’re connecting with the community in the right way. Frank Reaughʼs story touches not only art lovers, but filmmakers, historians, and everyday movie-goers as well."
— Chad Mathews, Executive Director, Hill Country Film Society

"Every American Art museum should consider showing this film. It is an extraordinary lesson in art and history and serves as an excellent tribute to Frank Reaugh’s many contributions to American Art."
—Kevin Vogel, President, Valley House Gallery & Sculpture Garden

“It was the touching and inspiring portrait I was hoping it would be. Frank Reaugh, after decades of relative obscurity, not only re-attains his reputation as one of our foremost Texas artists but with the help of this wonderful documentary, may finally obtain the well-deserved acknowledgment as being one of our great American artists.”
—George Palmer, Founder, Texas Art Collectors Organization

“In short, the film is outstanding and I’m proud to have been a part of it.”
—Sam Ratcliffe, Head, Bywaters Special Collections, Hamon Arts Library, SMU 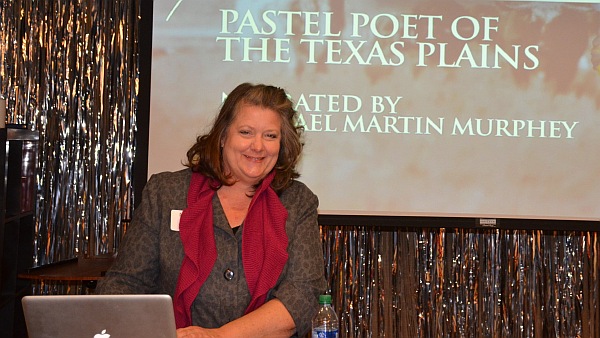 As a freelance video producer and writer since 1994, Marla Fields has been responsible for and assisted in the creative, pre-production, production, and post-production of various training, promotional, and educational projects, state and nationwide. With over 20 years of experience in overseeing numerous productions from script-to-screen in the corporate arena, Frank Reaugh: Pastel Poet of the Texas Plains is her first full-length documentary. Fields began her Reaugh journey in 2010 by establishing non-profit status for her production and raising funds through small grants and private donations. Since then, she has traveled the state, thoroughly researching the artist and his students, recording key interviews, and capturing hundreds of images including the landscapes, landmarks, and, of course, the Longhorns that Mr. Reaugh sketched and admired. With the documentary complete, she is currently creating community events with organizations and institutions that share the common goal of bringing more awareness to this Texas and American treasure. Fields is a native Texan, born in Lake Jackson, and enjoys the "opalescent colors" of the landscapes from her small farm in Pottsboro, Texas, an hour north of Dallas.

“An early day herd of long-horn Texas cattle… These cattle on the ‘point’ were splendid specimens, five or six years old… They were beautiful animals… They were very wild. Many of them had never seen a man on foot before. People walking were sometimes treed by them. It would’ve happened oftener if there had been more trees.” Frank Reaugh, Paintings of the Southwest, 1937.

Probably Reaugh’s masterpiece, The Approaching Herd, was exhibited at the Art Institute of Chicago in 1903, with the Society of Western Artists in 1903, and at the State Fair of Texas in 1905, and hung in the White House office of President George W. Bush from 2001 to 2008. 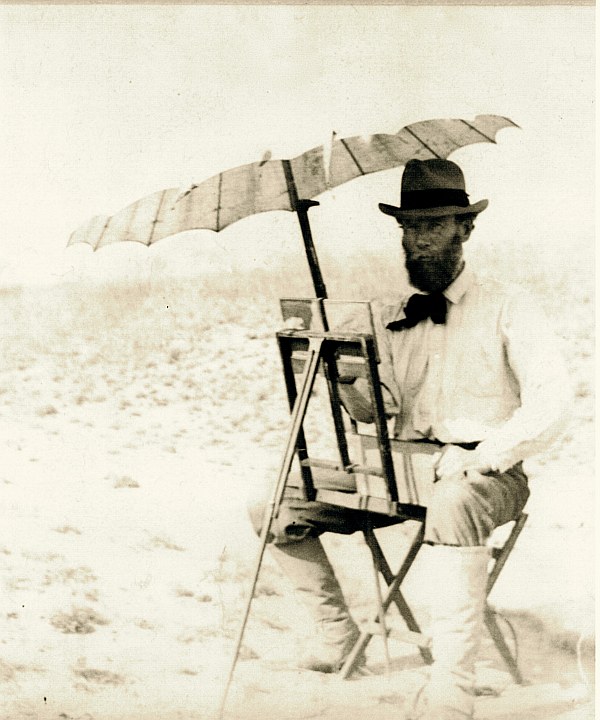