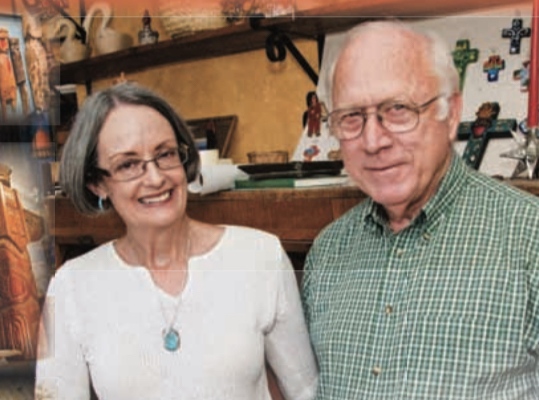 Harold & Elizabeth Lawrence*, in October 2021, gifted Chandor Gardens Foundation Inc. a 1945 photo of Douglas Chandor’s sketch titled “Big Three at Yalta”. The sketch was intended as preliminary work for a larger painting which was unfortunately never completed. This framed photo can be seen hanging in the Great Room of the Chandor home at Chandor Gardens. 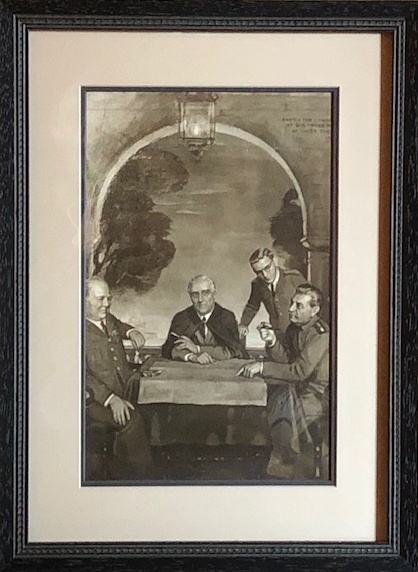 The “Big Three at Yalta” sketch depicts British Prime Minister Winston Churchill, U.S. President Franklin D. Roosevelt, and Soviet Premier Joseph Stalin (with Stalin’s interpreter in the background) during World War Two at the Yalta Conference held February 4-11, 1945 in Russia. The leaders met to discuss the postwar reorganization of Germany, and the re-establishment of nations torn apart by the war.  Though not formally commissioned, the work endeavored to memorialize the historic event on canvas, and to celebrate the spirit of cooperation many hoped would emerge between allies after the war ended.

Both Roosevelt and Churchill sat for study portraits by Douglas Chandor, but Stalin refused. Probably because of Stalin’s refusal, a completed painting of the “Big Three at Yalta” never materialized. 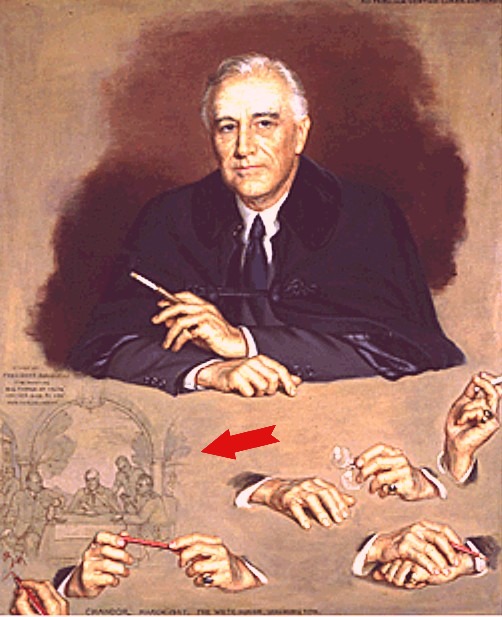 The study painting Douglas Chandor completed of British Prime Minister Winston Churchill in 1946, is also on display at the National Portrait Gallery in Washington D.C. 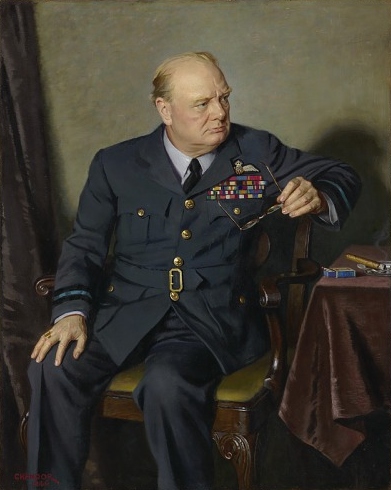 Thank you Harold & Elizabeth Lawrence for your generous gift of the "Big Three at Yalta" sketch, which opens the door to the fasinating story of Douglas Chandor's part in capturing this important event in history and the key figures who took part.

* Harold & Elizabeth Lawrence are long-time residents of Weatherford, TX. They own and operate the Museum Of The Americas in downtown Weatherford, recognized as one of the foremost and diverse North and South American folk art museums in Texas. Harold taught English at Weatherford College for 32 years, and wrote the definitive book Douglas Chandor An English Artist and His Texas Garden (1999, Antler Press). Elizabeth is a founding member of Chandor Gardens Foundation Inc., served as President from 2013 to 2021, and continues to serve as a member of the Board of Directors. Both are actively involved in State-wide organizations as diverse as public community services and historic preservation.